Where We Have Come From 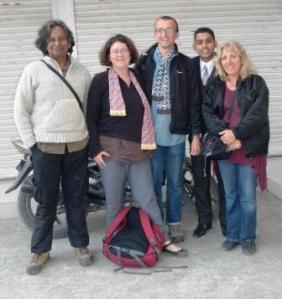 Sansar (“One World”) Nepal is the product of a 10 year relationship between a small group of foreign tourists and a group of Nepalese children. What started as educational sponsorship of individual children has now grown into a bigger and wider reaching initiative lead by some of the original sponsor children, now in their late teens or early twenties, who wish to give something back and help their community and country.

Sansar Nepal was registered in Nepal as a non-profit NGO (non-governmental organisation) in September 2013. Its board is guided and supported in its work by a group of international sponsors and mentors.

A house was rented in a residential area near to Lakeside, Pokhara, which has been named “The Garden”. This house serves as the base for Sansar Nepal. It is also home to Roshan, our manager, Dilmaya our house mother, her husband, Jyendra, and 8 children.

Roshan Gautam, a former sponsor child, is both the manager of The Garden and the Chairman of Sansar Nepal.

Between October 2013 and May 2014, the house was simply furnished and equipped to accommodate the children and their care-givers, and extra rooms were prepared for guests and volunteers.

During this stage, the main challenges were to look after the

children and to provide sufficient supplies of electricity and water consistently. There are up to 14 hours per day of no electricity (due to “load-shedding”) during the winter months!! Fortunately, it was possible to install a solar back-up system which now powers one emergency light per room, and enables the household to have a continuous internet connection. A number of repairs had to be carried out in order to make the house habitable, including digging up the patio to connect pipes to the sewage outlet! Before the arrival of the monsoon, the children planted vegetables and fruit trees in order to reduce food costs and move towards greater self-sufficiency.

During this phase, the rest of the house was furnished and equipped to include a resource centre / library, a study room, a large kitchen-dining room and a lounge.

At this stage, we also extended our educational sponsorship to other local children who fit our sponsorship criteria, and welcomed them at The Garden to share our facilities and activities. An additional guest room was prepared, and income began to be generated from room rental to guests. 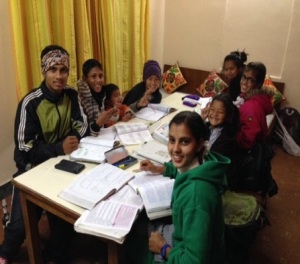 In this phase the outside areas were developed. Greenhouses were built on our adjoining field to provide food for the house,along with a composting area, and vegetables were sold to recover costs. With the help of various visitors a badminton area was added, as well as a chicken and rabbit house, and play areas for the children. A fire pit was also built.

A covered car parking area was converted to an art and craft room.

We also installed a solar-powered system to provide lighting during the prolonged electricity cuts, and wifi though out the house.

When the first major earthquake hit Nepal on 25th April 2015, Sansar Nepal (SSN) immediately engaged in emergency relief work, supporting local Nepalese individuals and groups with funding, sourcing and delivery of essential supplies. We continued this relief work throughout the winter, launching a “Warmth for Winter” appeal to provide warm clothing and blankets for children and vulnerable adults in stricken villages, and in a refugee camp.

We commenced our support of young Nepalese change agents by sponsoring an educational workshop programme at two local schools in Pokhara, which were presented by Psychbigyaan Network Nepal, an NGO which promotes physical, emotional and metal health with an emphasis on the young.

Plans For the Future

We aim to continue our outreach work by supporting the work of change agents through funding, mentoring and providing a venue at the Garden for workshops and events.

A new project is underway to renovate and convert an old village house and surrounding land into a trekking lodge and campsite for educational and development purposes as well to provide extra income to support our outreach work.

At the time of writing, April 2019, The Garden is home to 8 children / young people all of whom, except one, have been with us since 2013 when the Garden was opened and Sansar Nepal registered as a non-profit educational outreach organisation (see History). Roshan Gautam, now 27, is acting chairman of SN and house manager as well as working as a paragliding pilot with a local paragliding company.

Over the 6 years since we moved in, other children and young people have lived with us for periods of a year or more and we have provided a home and an education for them until they were able to move back to their own families. We are also providing educational sponsorship for a young female engineering student who lives near to campus. All are encouraged to keep in touch, and we continue to monitor their progress and well-being.

None of the young people we take care of are orphans, although some of them do not know or have regular contact with one of their parents, and the original reasons for them being with us vary. They are all from extremely poor backgrounds and have known many hardships in their lives. Living at The Garden, for however long, gives them a safe and nurturing base in which to concentrate on school work, learn life skills, explore their creativity and develop into healthy, well-adjusted, confident and caring human beings.

We consider ourselves a family, along with the many guests and OWPs who have stayed at The Garden over the years, many of whom return regularly.

The young people at The Garden attend or have attended nearby English medium schools up to class 10, when they take a School Leaver’s Certificate. Aware of the importance of English language skills in Nepal, we provide many additional opportunities outside school to learn and practise English.  After class 10, they either continue their studies at Plus 2 level in local colleges, or begin a more specialised training course, such as engineering or nursing.  Our oldest resident boy is finishing his second year of a bachelor’s degree course in civil engineering at Pokhara University.

Our young people at The Garden are well taken care of by Roshan and our resident house mother. They eat fresh, healthy food, have comfortable beds, clean bathrooms, study and play areas, and receive regular health checks and treatment. In addition to this, we aim to provide for their holistic development by offering creative activities such as music, dance, computers, art and crafts, plus regular outings, new experiences, and celebrations of achievements, birthdays and festivals. We aim to empower them by changing their thoughts about themselves and the world so that in turn they may empower others, acting as role models and change makers in their communities.

Although we are not connected to any specific religion, our children are free to follow whichever religious tradition they choose, if any. Our behavioural guidelines at the house are based on universal human values or “virtues”, such as honesty, compassion, unity, forgiveness, gratitude, tolerance, and so on. We have regular “sharing sessions” with the whole family, including visitors, in which these qualities are explained and stressed, and the children are guided in their development as responsible and caring human beings.  The older children are encouraged to be role models for the younger ones and to act as guides and mentors. Our children are expected to take an active part in the running of the house and the activities of the NGO.  We see them as team members rather than recipients and provide opportunities for them to initiate and participate in our outreach projects, developing leadership skills and a deeper understanding of local and global issues.

This Is What We Do 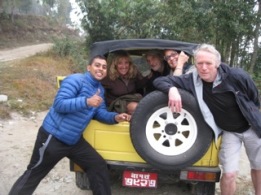 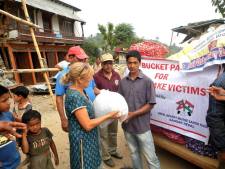 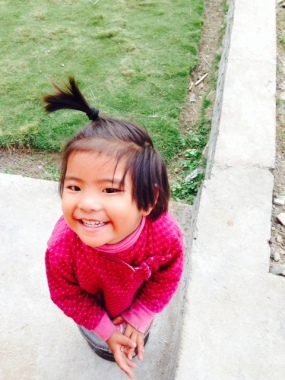 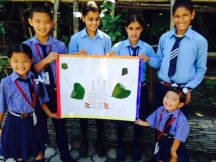